Basically, do this before it gets too late and you end up like me.

Our monstera deliciosa was large when we lived in Kansas City. When we moved to California, we knew it couldn’t make the trip in our car so I cut a number of stems from it and placed them in water to root. (And gave the mother plant away.)

About a month and a half later they were rooted enough to add to dirt.

It’s grown quite a bit over the past year and accumulated many aerial roots. Aerial roots are funky looking but serve an important purpose in the tropical forest where the monstera originates. Monstera plants climb up trees like a vine so they naturally seek a ‘dark  structure’ to attach themselves to with their aerial roots.

In a home environment, however, the roots merely hang down, searching for something to climb.

My biggest advice to new or upcoming monstera owners, plant your monstera with a pole in the middle from the beginning. I kept ‘meaning to get around to it’ – as the plant continued growing and growing.

As a result, the plant has become very “unruly” looking with leaves falling all over the place and no structure.

Another issue with waiting too long is that the plant was now growing up from the middle, leaving no room for inserting a climbing pole.

It was time to take (belated) action before the spring and summer leaves start growing.

Scott used a cedar piece of wood and affixed chicken wire around it with a staple gun and ordered some sphagnum moss online. 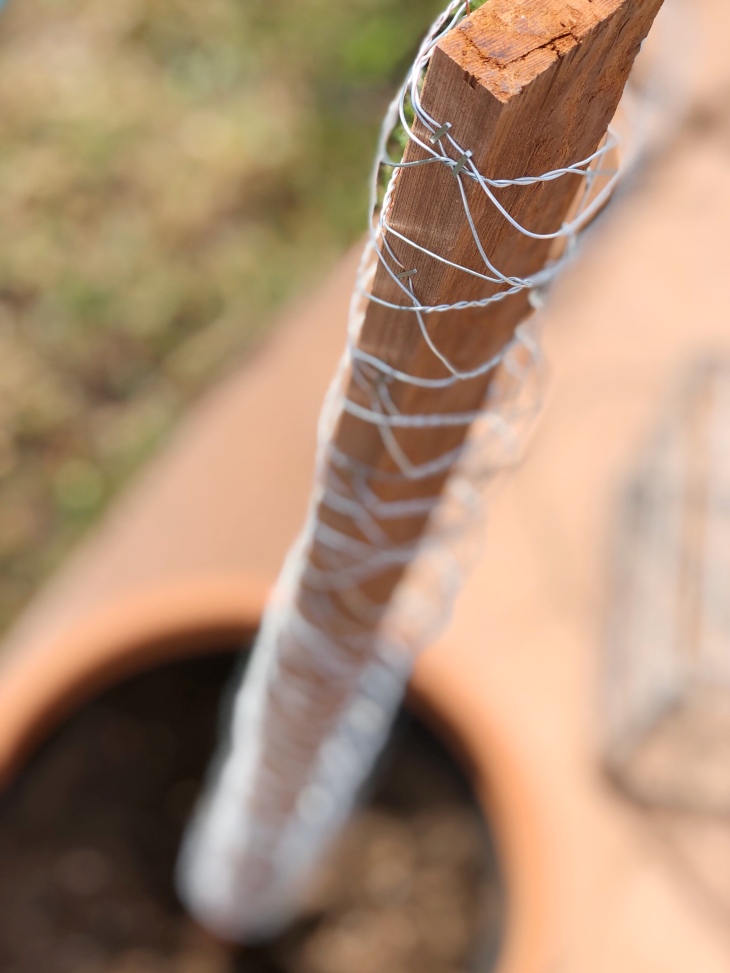 The moss comes in a compact brick. 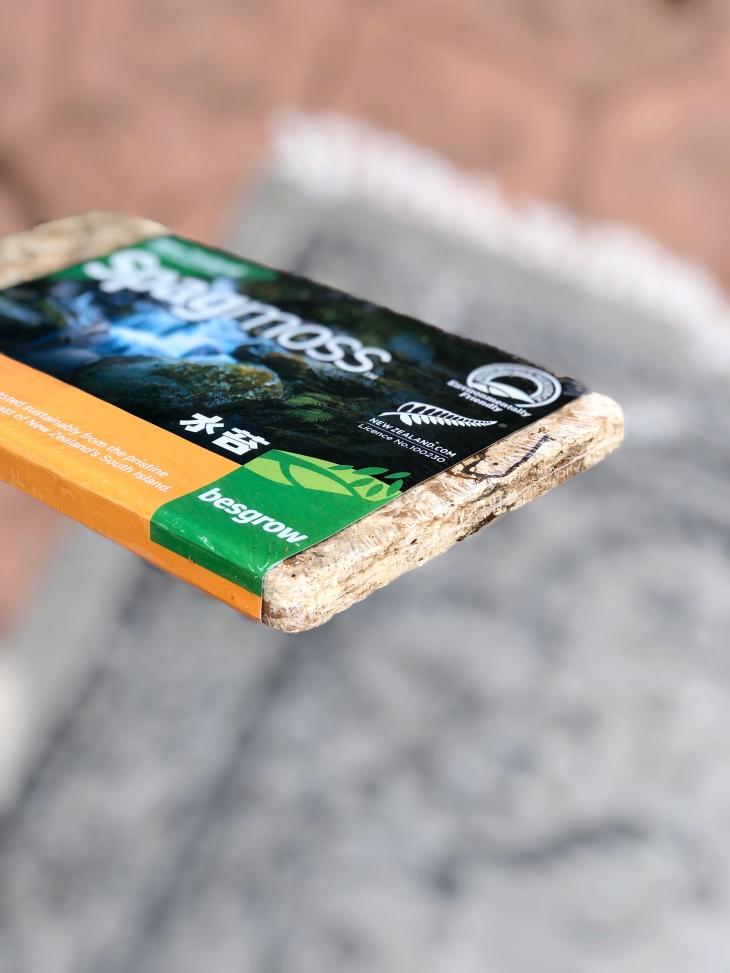 Once it’s placed in water, it begins to expand and unravel.

We inserted the wet moss into the chicken wire then wrapped the whole pole and moss with fishing wire.

Taking the monstera outside, we took the plant and root ball out of the pot and thoroughly rinsed as much dirt off as we could. 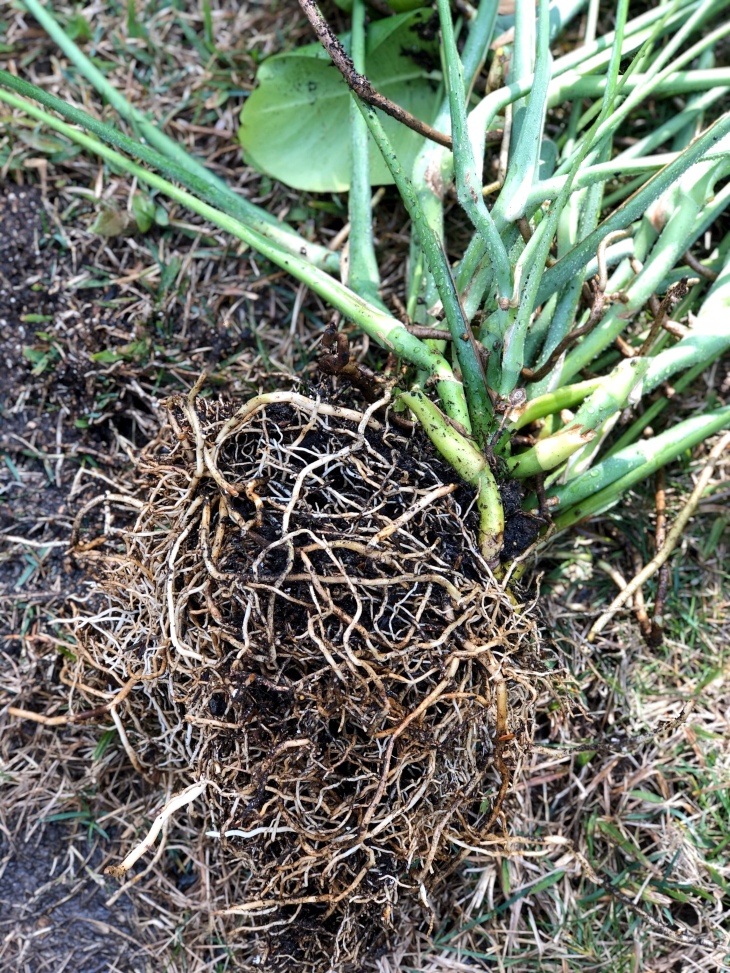 Relative to the height of the plant, the roots aren’t that deep.

We carefully removed each section of the plant and laid them out to be re-potted later.

This is NOT the easiest way to grow a monstera! I should have started with a moss pole from the very beginning. Heed my warning! Save yourselves!!!

After assembling the pole, we re-planted the pieces of monstera and carefully wrapped any long aerial roots around the moss pole for them to eventually take hold.

It will take a few weeks for it to fully straighten up. But since the growing season is coming up, it will stretch upwards instead out sprawling out. I’ll do an update to this post in a few months.

Lesson? Give your new monstera a pole to start climbing from the beginning and/or when they’re small. It will grow into a better shape and be in an atmosphere more closely related to its origins.

(And it’s a lot less back breaking!)

Crossing my fingers this will help to refresh this plant. New dirt filled with yummy nutrients and a ‘tree’ for its aerial roots to climb.