I can NOT stop reading this book, you guys!! Like driving by a car wreck, I keep flipping to the next page after page. It’s so interesting! (Although I’m a big chicken so I can’t read it before bed.)

WOULD a cat eat you if you died and weren’t found for a long time and the cat was hungry? The answer’s yes – but she would start with something soft like your lips or eyelids. (Blech!) Thing is, it’s your DOG that would really go after you. There are homicide officers that after arriving at the death scene, originally thought it was a brutal murder when it turns out – it was man’s best friend!

What happens to a body if it dies in space?

What would happen if you swallowed a bag of popcorn before you died and were cremated? Do bodies in the cemetery make our drinking water taste bad?

Best-selling author and real-live funeral director, Caitlin Doughty, receives many questions about death. The best (and most curious) are from children. Will My Cat Eat My Eyeballs answers many of the questions we’ve privately wondered about (and many we’ve never even thought of yet!) With wit and humor (and a great deal of inside information), Doughty lays out chapter after chapter of scientifically-based and humor-filled answers.

I grabbed this on impulse at my library and haven’t been able to put it down since. I’m telling you – it sounds crazy, but you’ll be hooked too! 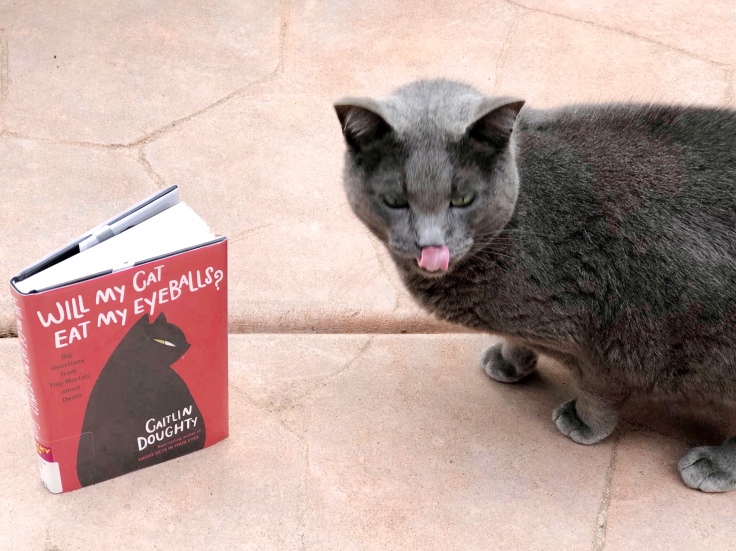